For more information about UMF:

Glazy currently has two types of UMF calculation: original/traditional as well as “extended”.

The “traditional” UMF adheres to the oxide groupings of RO/R2O, R2O3, and RO2, where RO/R2O are used for unity. Any oxides not listed in those groups are simply listed as “OTHER”.

The “extended” UMF attempts to define roles for a broader range of oxides, for example CuO and CoO, that were previously viewed as secondary (e.g. “colorants”) and classified outside the unity as “other”. This version of the UMF is still a work in progress. It is based in part on the work of Matt Katz and Rose Katz. (See Rose Katz’s 2019 NCECA Lecture “COLORFORMS” which discusses the roles of all major colorants.) 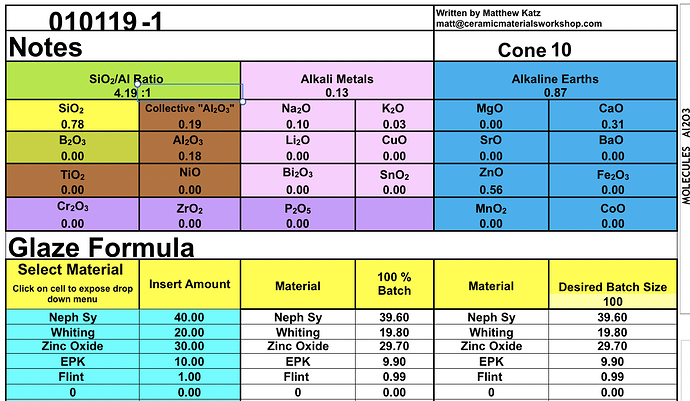 This Experimental Calculator is still a work in progress. Glazy will be updated as new information comes to light.

Daniel Rhodes “Clay and Glazes for the Potter”: 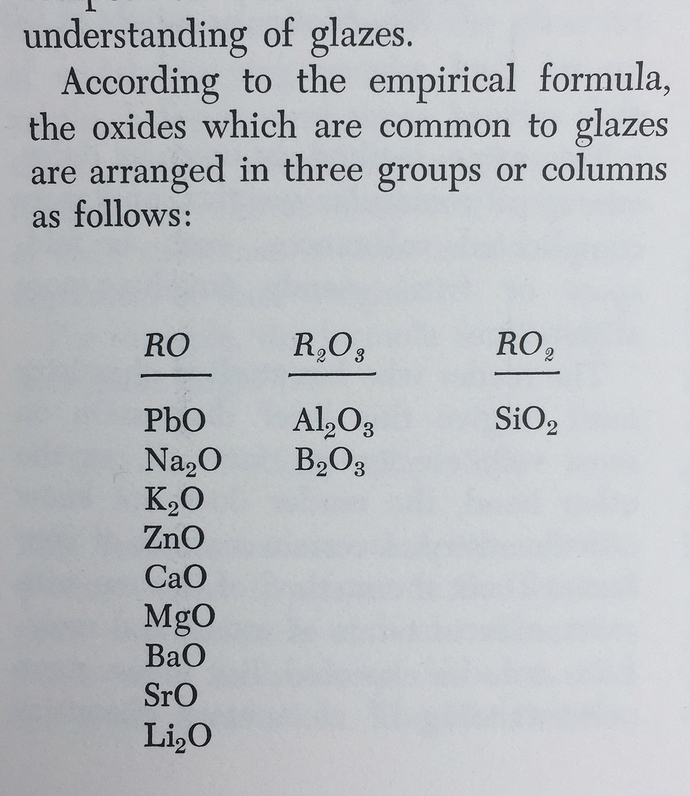 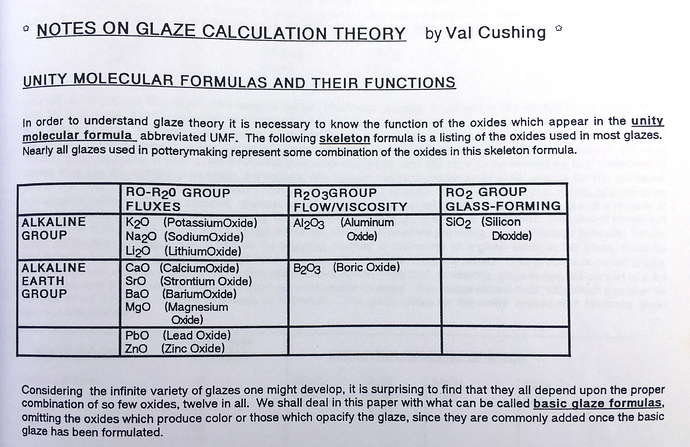 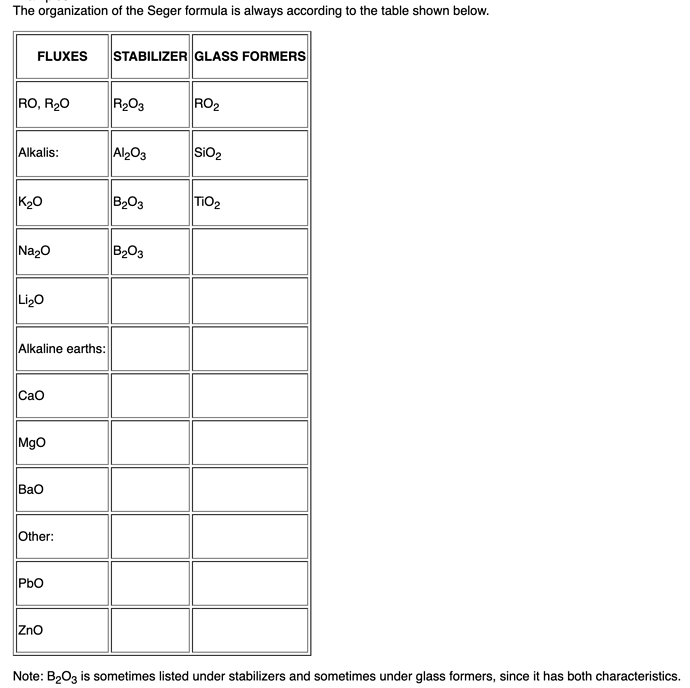 Just realised however, that when you have CuO it seems to appear in the wrong group, being calculated as R2O, instead of RO.
Any explanation for this?

Hey Chris, I know it’s controversial. The Glazy UMF calculation for “extended UMF” comes directly from the spreadsheet I just linked above. I think even Matt Katz would agree there’s still a lot of work to be done on it…

Aaah, interesting, thank you!
I knew the calculations, what a great tool that we’ve got here. Gotta love Glazy!!
Never realised though, that in Matt’s original spreadsheet the Copper was listed with the Alkali Metals, until now that I am actually doing some research on colorants as fluxes and stumbled over this issue.
Might actually ask Matt directly!

Thanks for replying!
Cheers
Chris

I think that when I asked Matt directly, I basically answered my own question.
Even though Cu in its usual compounds most of the time is di-valent, it actually only contains one electron in it’s outermost shell, which makes it physico-chemically closer related to the Alkali Metals than the Alkaline Earths. Which is probably why Matt put it in that group. Immensely grateful for all the work he’s done!