What is Glaze Crazing?

Example of a glaze crazing on the inside of a bowl. 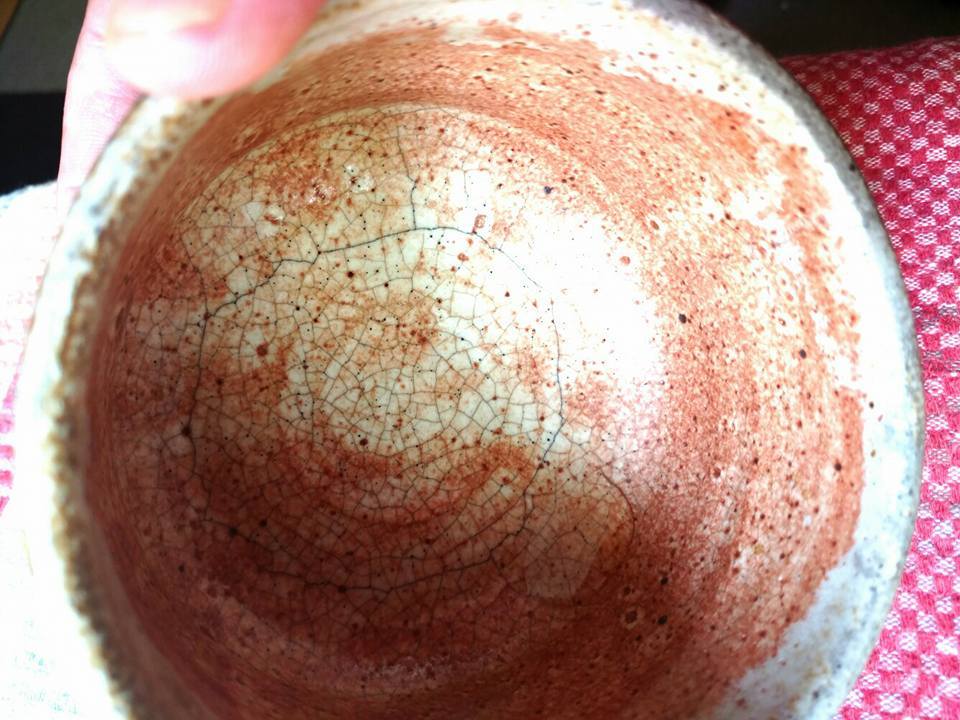 The fired glaze exhibits a network of fine cracks. These may be plainly visible after firing or may need enhancement with ink. Crazing may also appear after a period of time or after ware has been exposed to thermal shock. Fired strength (an thus functional ware quality) are directly related to crazing since ware strength is enhanced by having the glaze under slight compression whereas it is severely reduced (up to four times less) when the glaze is under tension. If the underlying clay matrix is porous and soaks up water then safety could be a concern with crazed ware since the cracks could be wide enough to provide a friendly breeding ground for colonies of bacteria. Containers used to store food are a special concern since a small colony in a crack can become a large culture in the food. If you have any doubt whether this is an important issue ask a commercial food service inspector about the subject.

Vince and John Hesselberth have touched on what, to me, is the important point about crazing…it weakens the ware. To me, any health concern is totally subjective in mid to high-fired ware. Its significance is up to you to judge. Strength, however, is a major, and clear cut issue.

Testing has shown that crazed ceramics are 75 to 80% WEAKER than the same ceramics uncrazed. So, if you are making cups, bowls, plates or other ceramics subject to being bumped and bounced and eventually chipped and broken, glazing them with glazes that neither craze nor shiver can make that work dramatically more durable.

This doesnt mean crazed pots are doomed. Of course not! There are crazed pots that have survived for millenia. I just think if you are concerned about the durability of your work, and dont have specific, artistic reasons for introducing crazing into your work, you should consider crazing from a ceramic strength perspective.

Food safe is not a defined term. I have had people offer hypothesis on why crazed pieces are not suitable for a food surface. I have never had any supported evidence offered for that belief.

One microbiologist told me that unless you are keeping the clay saturated with moisture, it is not an environment where fungus or bacteria would grow. Most people, except for teenagers, I know wash their pottery after eating and do not leave it laying about in a state that would encourage the growth of unwanted organisms. Another microbiologist passionately argues against what the first microbiologist claims. However she offered no data.

Related to that but on a different issue, Tim See has shown microscopic pictures of pieces where people fired glass shards in pottery classes. Those pictures were sufficient to convince me that putting glass in pottery for food is not a good idea. You can see shards of glass breaking away.

The ‘issue’ is that a crazed glaze may (I repeat MAY) have higher leaching issues if the glaze already is unstable since there are more edges from which to release possibly problematic chemicals. Anecdotally, I have used a non-vitrified bowl with a crazed clear glaze inside for 40 years and suffered no ill effects (but always have to use a placemat :-)), and I hand wash so it isn’t even getting that super-hot dishwasher cleaning.

I will also extend my point further and claim that these routine discussions (both about leaching chemicals and about crazing, neither of which is an issue if you don’t use lead, arsenic, or cadmium) contribute to a false perception that ceramics, in particular handmade, are dodgy and unsafe to use. I think historically it started with lead and the use of really dangerous chemicals that the vast majority of us no longer use or even have access to.

I fought along side John Britt many years on Clayart against the “Glaze Nazis” (related to Seinfeld’s Soup Nazi, not the German WWII ones) for a more realistic view of glazes in the ceramic world. I have no patience with folks misinforming people about glazes, especially when they are doing it to sell their book.
Some pots are supposed to be treated in different ways. For example: You don’t put a silk kimono in the washing machine. It is the same with pottery. Safety is primarily in the knowledge and education of the user. If your potter is well educated, your relationship with him or her includes the sharing of their knowledge, so you can be better informed.

I make raku tea bowls for tea ceremony. No, they should not go in the microwave or the dishwasher. I don’t use lead glazes, but lead glazes are used in raku in Japan safely (Don’t drink orange juice from them!)

Taking test tiles to the lab and checking for food safety on a microscopic level, Ryan Coppage and a group of scientists have gathered results on crazed versus non-crazed glaze surfaces. 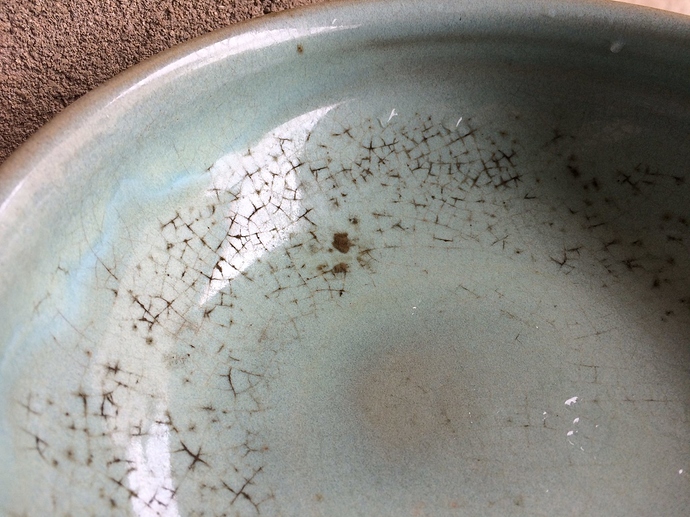 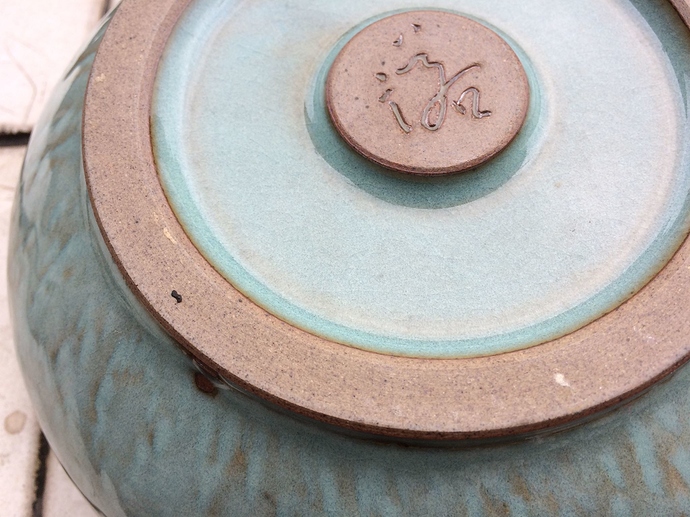 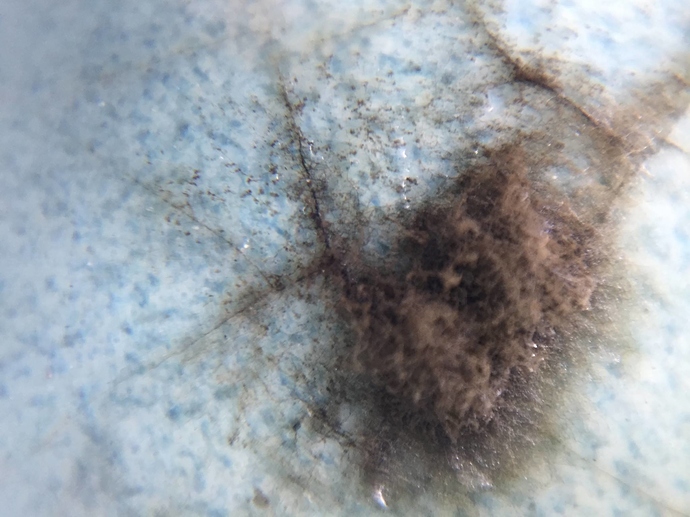 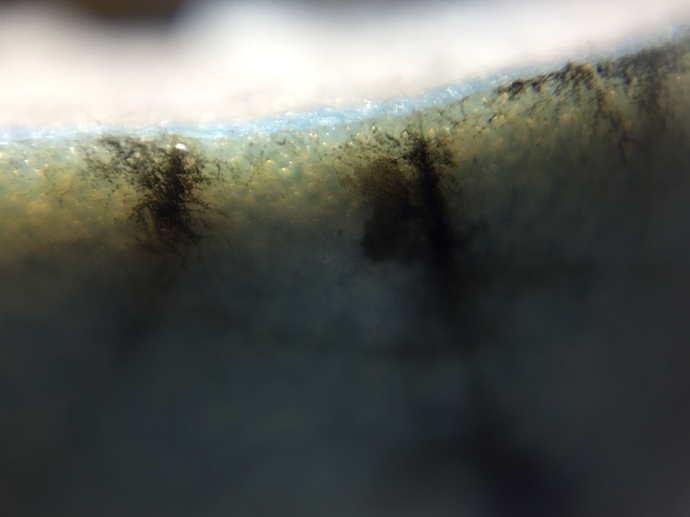 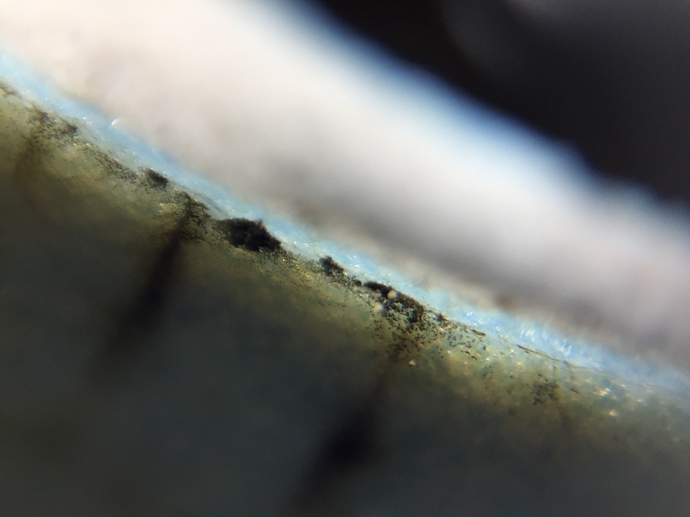 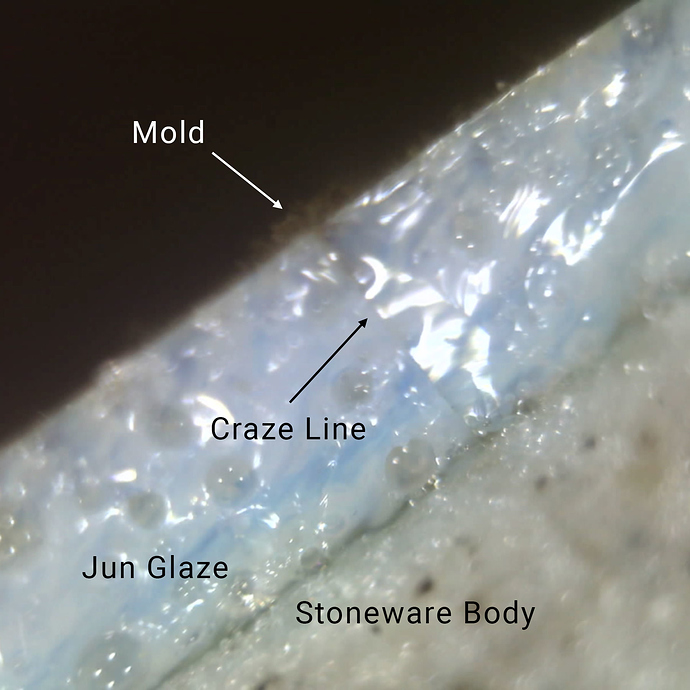 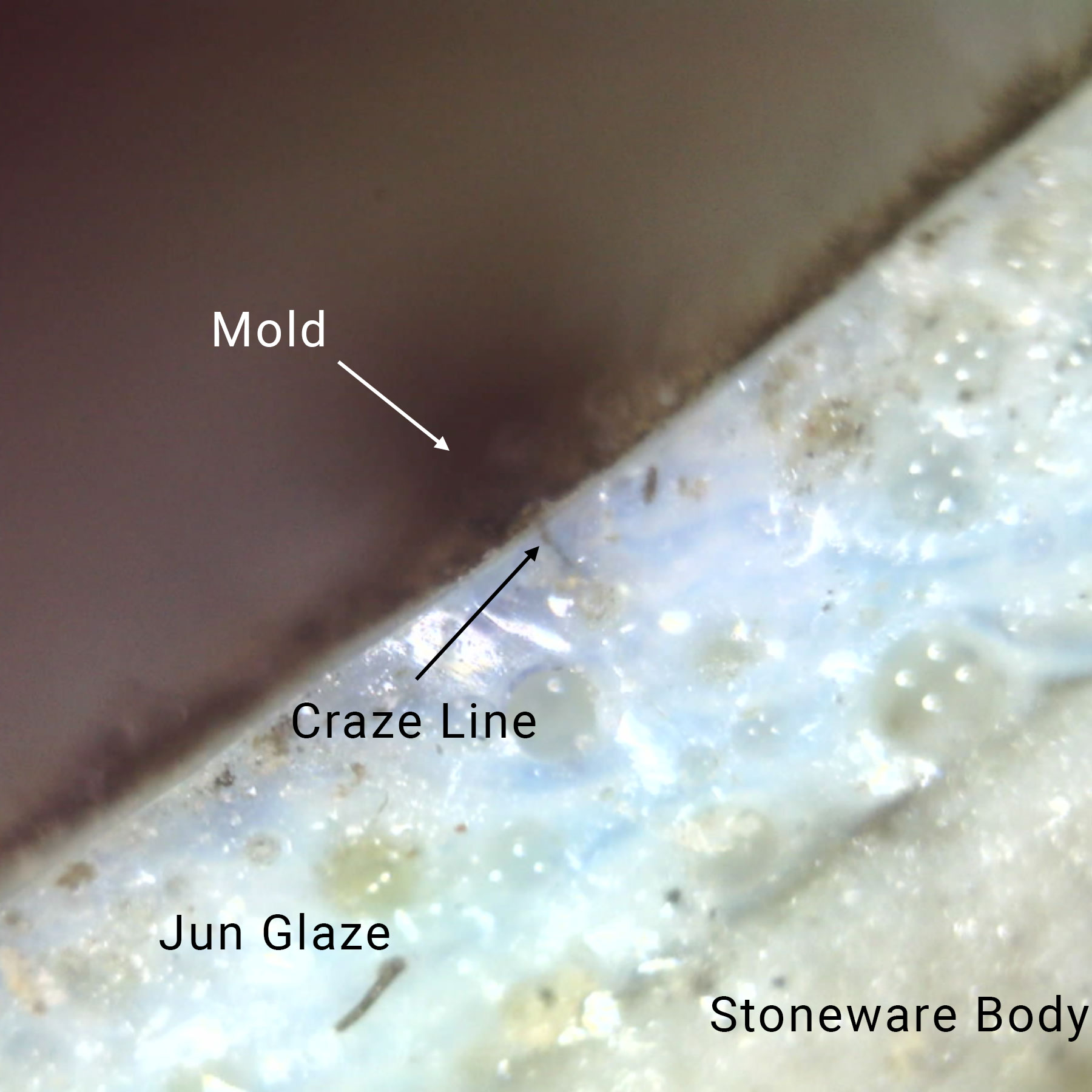 My glazes get coffee tested before I use them for kitchenware. I place my glaze samples or tiles in a bowl, brew a strong

pot of coffee, pour it over the samples so they are covered half way up and leave them in there for two nights. Samples that has any change to color or surface or spots that can’t be easily washed off, need further development.
I run a similar test using vinegar. 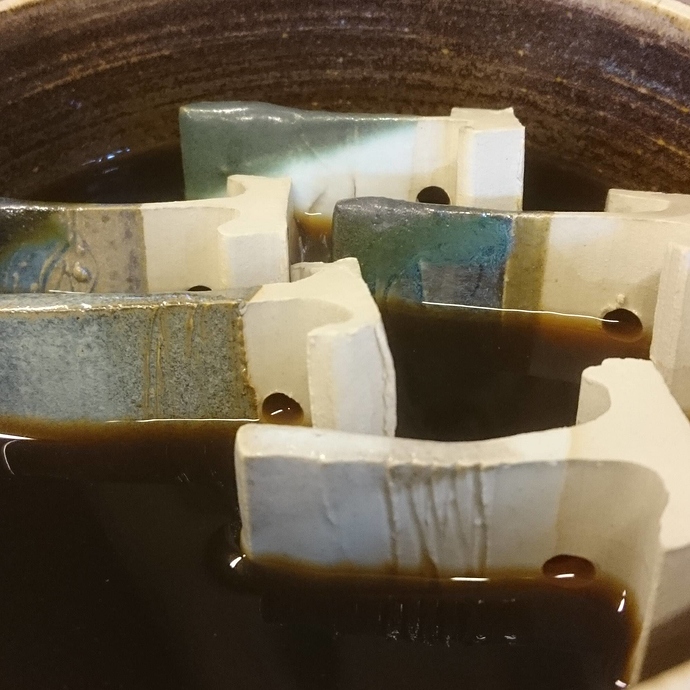